Bedrock Company has $70 million in debt and$30 million in equity. The debt matures in 1 year and has a 10% interest rate, so the company is promising to pay back $77 million to its debtholders 1 year from now. The company is considering two possible investments, each of which will require an upfront cost of$100 million. Each investment will last for 1 year, and the payoff from each investment depends on the strength of the overall economy. There is a 50% chance that the economy will be weak and a 50% chance it will be strong. Here are the expected payoffs (all dollars are in millions) from the two investments:

In this exercise, we will calculate the expected payoff to the firm's debtholders and stockholders. 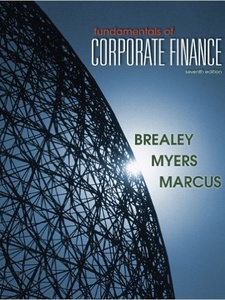 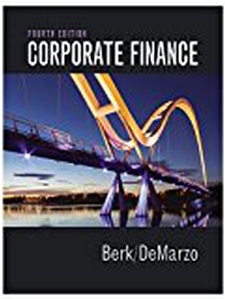 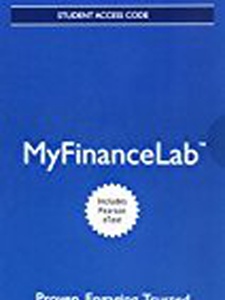 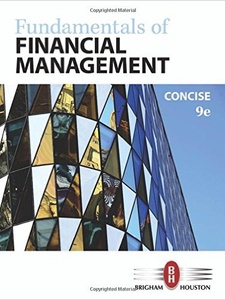 The president of Southern Semiconductor Corporation (SSC) made this statement in the company’s annual report: “SSC’s primary goal is to increase the value of our common stockholders’ equity.” Later in the report, the following announcements were made: a. The company contributed $1.5 million to the symphony orchestra in Birmingham, Alabama, its headquarters city. b. The company is spending$500 million to open a new plant and expand operations in China. No profits will be produced by the Chinese operation for 4 years, so earnings will be depressed during this period versus what they would have been had the decision been made not to expand in China. c. The company holds about half of its assets in the form of U.S. Treasury bonds, and it keeps these funds available for use in emergencies. In the future, though, SSC plans to shift its emergency funds from Treasury bonds to common stocks. Discuss how SSC’s stockholders might view each of these actions and how the actions might affect the stock price.

What are some actions that stockholders can take to ensure that management’s and stockholders’ interests are aligned?